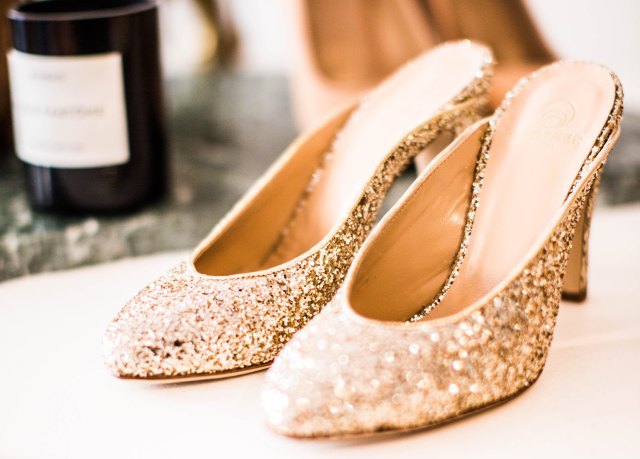 It’s Day #40 of no frivolous spending, and I’m turning the clock back to a post I wrote on Day #12 that somehow never got published. Enjoy… and if you’re in the same boat I once was — working a job you hate — I wish for you an endless weekend in which Monday never comes.

What do you do when you hate the work you do, but you make good money? You spend it.

You spend it because you have it, and because buying things takes the bad taste out of your mouth that comes from breathing in the air of a toxic environment.

Today is Day #12, and almost two weeks into no shopping, I’m actually surprised that my almost daily habit of spending money on something has largely been broken. At the same time, I see all the stuff that surrounds me and think, “How did that come into this house? What was I thinking when I bought it?”

That’s the thing. I wasn’t thinking. I was simply buying to ease the pain.

One of the worst episodes of mindless spending was triggered by a job I took in the corporate office of a major retail chain. I was a copywriter, crafting hundreds of pitches a day to get customers to buy poorly-constructed goods.

Where’s the “Mad Men” glamour of writing copy for 197 different pieces of wall art — essentially paintings you’d see in cheap motels? You know the type: flower stalls in a Parisian market, bistro tables under the striped awning of an outdoor cafe, gondolas floating down the canals of Venice, bicycles leaning up against rustic stone walls or white picket fences.

The mind gags just thinking about them.

And when you’re writing about dozens of these paintings, trying to find distinctive words to describe schlock that’s virtually the same from piece to piece, your brain begins to throb in protest. At the end of the day, that headache can only be relieved by a cheap beer at happy hour or an expensive handbag by Kate Spade, Michael Kors, Marc Jacobs or Coach.

I had two friends at this place — one whom I’d known for years and whose recommendation got me in the door, the other whom I jokingly called my office daughter as I was practically her mom’s age. At least once a week, one or the other would poke a head into my cubicle or text me with the one-word question: Beers?

In my six months working for this company I drank more beer than I’d had in all the years since college combined. But I didn’t like drinking alone, so although I could have gone for beers every day, I wouldn’t fly solo.

However, I didn’t have this issue with shopping. In fact, shopping is the one thing I’ve always preferred doing alone. And the fact that I drove past the country’s sixth largest mall on my way home from work every single day meant one thing: Instead of an alcoholic, I became a shopaholic.

It didn’t help that my closest friend Sue (who’d experienced some job losses and workplace traumas of her own) had landed at the nearby Lord & Taylor in the women’s department. I’d never shopped there, assuming they were too expensive, but as a supportive friend I signed up for a department store card so Sue would get the credit. With all the bonus discounts they heaped on cardholders, and with my friend there to navigate me toward the best buys and markdowns, I indulged in Lord & Taylor purchases on a TJ Maxx budget.

If I really wanted to go cheap, in another wing stood Saks Off 5th. Again, another store credit card and more deep discounts for regular customers.

What do you do when you hate the work you do, but you make good money? You spend it. You spend it because you have it, and because buying things takes the bad taste out of your mouth from choking on the air of a poisonous office in a shared cubicle where each occupant faces into their respective corner and works all day in silence.

The only good thing about the job was that it gave me license to posh up my footwear a bit.

Years earlier when I’d asked my friend Lisa where she got her consistently fabulous shoes, she’d confessed, “Lord & Taylor. They have incredible sales.”

Now I understood. Between their shoe department and the one over at Off 5th, I learned to put my best foot forward courtesy of Cole Haan, Stuart Weitzman, Sam Edelman, Joan & David, and Coach.

I bought these things saying to myself, “You need them for work.”

No I didn’t. I needed to get the bad taste out of my mouth. I needed to be happy outside of work because I hated the workplace and the work culture and the thoughtlessly cruel bosses. So very, very much.

This is not an unusual story. This, in fact, is where the American Dream verges on nightmare. You work to make money, but you hate what you do, so you spend to feel better, requiring you to earn more money to pay the bills. It’s self-perpetuating, and it only gets worse over time.

That job is three years behind me. When I look at the income that’s guaranteed to me this year in terms of the part-time teaching jobs I rely on, it’s one-tenth of what I earned on that job. But I made enough during that six-month stint to pay off old debts, buy some extravagant stuff, and put aside just enough in a savings account.

In comparison, nowadays I’m downright poor. But I’m richer in satisfaction and wiser in knowing that no fortress of goods around your heart can keep away unhappiness.

I love the work I do, and whatever I make from it, I now understand that it’s more than enough.

The things that make us happy make us wise.

Photo by Charisse Kenion on Unsplash